Lakelands would like to say a massive thank you to Mayor of Corby Councillor Ray Beeby and his wife Toni for all their efforts during their year of office in raising an incredible £8,000!!!

Throughout their term of office they held many events such as Walking, football, Ballroom dancing, Fashion show, On-line raffles and of course the Mayors Civic Ball. Despite the effects of Covid-19 on their plans they adapted and continued to raise much needed funds. The £8k raised is in fact the highest amount raised by a Mayor in a term of office on record at Corby Council, something Lakelands is eternally grateful and proud of.

Ray would like to thank the following people and organisations for their support and help.

Marye & Shelley from Mash Dance, Joan & Dave From Dance The Night Away, Castle Bingo, The Lions, Beanfield Bingo Club, Corby Carnival Court, Walking Football Club, One Stop Newsagents, Corby Council, Alison Beattie, Dennis Fitzsimmonds, Paul Goult, Denise Brown, also all our lovely family and great friends who all supported us. Last but not least my fantastic mayoress Toni who without her help this would not have been possible.

Pictured is Lakelands Head of Fundraising Paul Marlow and Nurse Manager Tracy Glen receiving the cheque for £8k from Ray and Toni Beeby.

Thanks once again for an amazing effort. 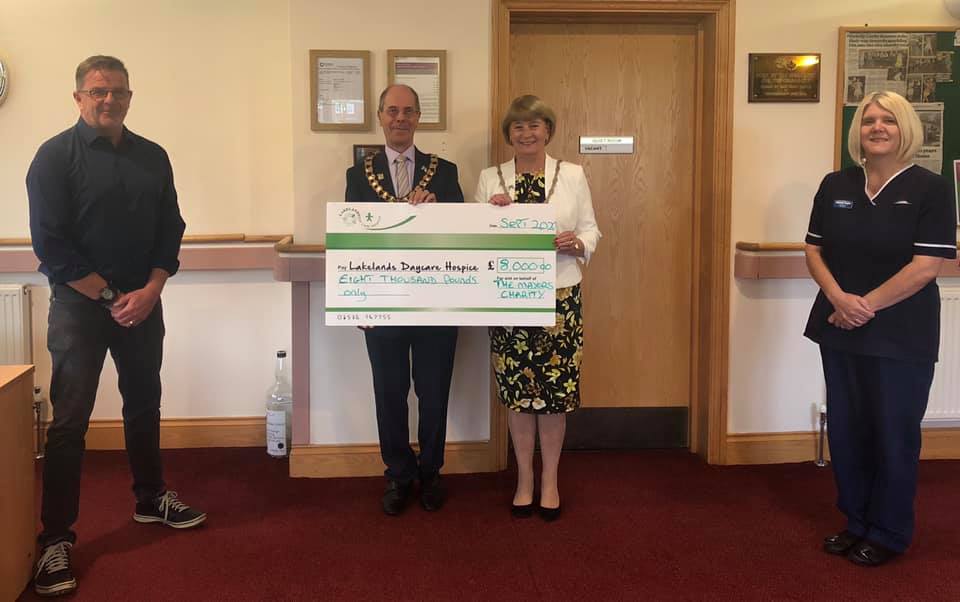